Japan is a clean, safe, easy-to-live country. Since the industry has evolved by economic development and learned from its business system and “quality of manufacturing” quality in many cases, after graduating from a Japanese school, international students who wish to get a job in Japan are increasing year by year. So I will introduce the things I should know about finding employment in Japan.

In Japan, due to the declining birthrate and aging population, the number of production workers is decreasing year by year. Therefore, accepting many foreigners as excellent labor force is an important issue for revitalizing Japan.

In addition to the increasing demand for overseas human resources as a result of the progress of globalism, there is also a trend towards revitalizing the organization and creating new value from the perspective of diversity (diversity) working with foreigners with different values ​​and cultural backgrounds It is rising.

Therefore, the number of foreigners who want to work in Japan increases, as well as the willingness to recruit foreigners in Japanese companies is rising.

In that case, when international students get a job in Japan, the Immigration Bureau has to undergo procedures to change the status of residence of “study abroad” to the status of residence that can be employed. And the number of permits for this change application has been doubled in the past 5 years from 7831 in 2010 (2010) to 15657 in 2015 (Ministry of Justice Immigration Bureau ” About employment situation of international students for Japanese companies “). In other words, the number of foreign students getting employed to Japanese companies etc. has increased rapidly.

“Japanese company” mentioned here is a company conducting business activities in Japan. There are about 3.82 million Japanese companies, 99.7% of which are small and medium enterprises.

In the past, especially in small and medium-sized enterprises, it became difficult to recruit young Japanese employees due to the declining birthrate, so there was a tendency to adopt foreigners.

However, in recent years, as the excellence of overseas talent and the strength of mind become widely known, the number of Japanese companies that think that “I would like to recruit talented people regardless of Japanese nationality (regardless of nationality)” It was. Many Japanese companies now hire overseas talented people on the same conditions as Japanese employees, including education after entering the company, work content, remuneration, promotion (step up), etc.

Japanese companies that conduct business activities around the world need human resources who can understand the language and situation of the country. For that reason, companies that adopt foreigners as managers of overseas affiliates and actively recruit foreigners in the field of market research and development in the country at the time of new overseas expansion are conspicuous.

Needless to say, in terms of revitalizing the organization, Japanese companies are advancing diversity. Organizations are expected to have a good “chemical reaction” by being stimulated by excellent foreigners or absorbing different values. Therefore, overseas talent is accepted as a “talented person regardless of nationality”, and engaged in a wide range of operations, even if you are not involved in Japanese affiliated companies, especially overseas projects and the affairs related to that country.

③ As future executive candidates for overseas affiliates of our company (or group).

④ To conduct business that occurs when newly entering overseas.

⑤ To coordinate the company (or group) overseas corporation.

⑥ For revitalizing the company including the influence on Japanese.

⑦ In order to compensate for specialized fields which Japanese people have become difficult to secure.

Adoption of Japanese companies, there is a unique method of employing new graduates en masse”. Basically, graduated from the School of Japan in March, the students accepts as a new employee recruitment method from April. The recruitment of mid-career experience for recruiting, yet in Japan.” “The new graduate recruitment” is the mainstream. Therefore, among overseas human resources as the qualities required for foreign students The main element in the following commentary about the Japanese operational capabilities 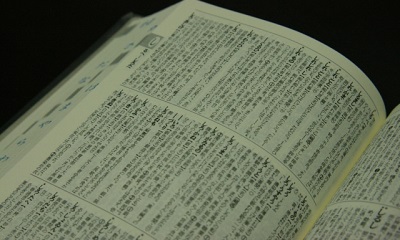 The employment activities in international students, Japanese firms have to focus on the most points is the Japanese operational capabilities. You should note here that the company is looking at the results of the Japanese Language Proficiency Test, because the only. In Japan, there are many companies to focus on the interview in the hiring process, when the “speak” and “listen” is not enough and that it is difficult to get the nomination.

The required status of stay and employment for international personnel.

he career model for international students