The language proficiency that the companies request 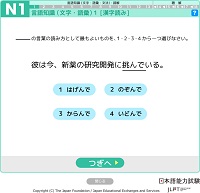 According to the result of servery what companies would focus on in terms of the Japanese language proficiency at the time of hiring, they will adopt the international students who wish to study the Japanese language as a result of operating force for, “ability to understand the idea, and “the ability to express one’s thoughts” are almost the same result at the top of the list. This is followed by “TPO in consideration of the inter-personnel relationship and the ability to express appropriately”.

In addition, Japanese companies apparently use the following test results to determine the operational capabilities of the Japanese language for the students

The Japanese language proficiency, JLPT over “N2” for applying the employment.

According to the survey results for information about Japanese Language Proficiency Test (JLPT), 83 percent of Japanese companies hire “N1” holders, and 9 percent hires “N2 holders. If the BJT Business Japanese Proficiency Test 500 points or more in the adoption of the “J2” level or more in many cases. 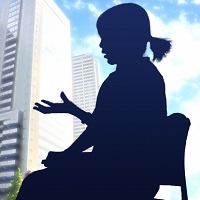 However, the Japanese companies often adopt those test criteria less than 20%.  In other words, adoption the result of those tests are much less in fact while the JLPT “N1”, “N2, holders are that beyond the 90 percent.  If repeatedly said,  the Japanese companies in the recruitment process, the interviews are more focused on.   Actual meeting and talking in the business-class and the scene are to determine the operational capabilities?” is a Japanese. Rather, it is expected that foreigners, in addition to the level of mere Japanese, the operational capabilities to speak of both Japanese language learners and bilingual personnel.  In addition to the native English and Japanese and I also speak as if the multilingual human resources, welcomed by the further spread. You can use more than one language to appeal to companies with the strengths and leads to good results easily.

Private sector companies are generally not entitled to the quadruplication

At the Japanese private sector companies, international students who will be required for the adoption of qualifications are almost none. Japanese companies in a variety of training programs for the new employee to educate. By the time the qualifications necessary for operations, the company is also recommended to obtain the support it. However, it must be qualified for the job in the company employed; the Education record are often ignored in IT industry.  (Refer to the Information-technology Promotion Agency (IPA) “International IT engineers in Japan legal procedures pertaining to employment,”).

In the medical care, nursing care, and automotive maintenance, the qualifications are required.